That is the tragedy of the government, as the exercising authorities push the legitimate rights of the people ways whereas their responsibility is to protect and serve, is now being called as the ‘stealing ward’. At least in this case.

I also read all the documents which show that the people of Lộc Hưng have been using the land for many decades, from generation to generation. That is the property, the origin of the familiy, the love and the blood of the Lộc Hưng people.

The people have paid their taxes from 1976 to 1999. When they wanted to get their land use rights the government of Tân Bình district in Saigon/Ho Chi Minh City did not want to issue it. Starting from 2000, they stopped collecting taxes and converted private land into public land, just as newspapers like Tuổi Trẻ (Youth, which I am disappointed of), Pháp luật TP.HCM (HCMC law newspaper, which is used to fawn) and Sài Gòn Giải phóng (Liberated Saigon, which is the voice of the Ho Chi Minh City party committee) have claimed in the past few days.

All of you have read my Facebook for a long time. I have confidence that all of you have conscience, know and feel the anxiety and the pain of the weak people. Please read the letter for emergency help which I annexed to my post. Please share it. Every share is a shoulder the people of Lộc Hưng can lean on.

You and I might not be the people of Lộc Hưng but we have a connection to them. They were born as human beings and were taught not to look away from the issues of humanity and also not to be indifferent to injustice and wrongdoings.

You and I have no advantages at the Lộc Hưng vegetable garden. But because of it, we lost our faith in justice, a humanist society, a society which exists because of its people and takes its people as its centre of development.

Because of that, I wrote this post and hope that you will share it. Please share and don’t forget to ask Tuổi Trẻ, Pháp luật TP.HCM and Sài Gòn Giải phóng newspapers to correct their articles and reports on the origins of the Lộc Hưng vegetable garden.

Because betraying the people will result in heavens and earth not forgiving and people getting angry.

Letter for emergency help by the people of Lộc Hưng vegetable garden to the leadership of the Communist Party of Vietnam, the state, the government of Ho Chi Minh City and the press 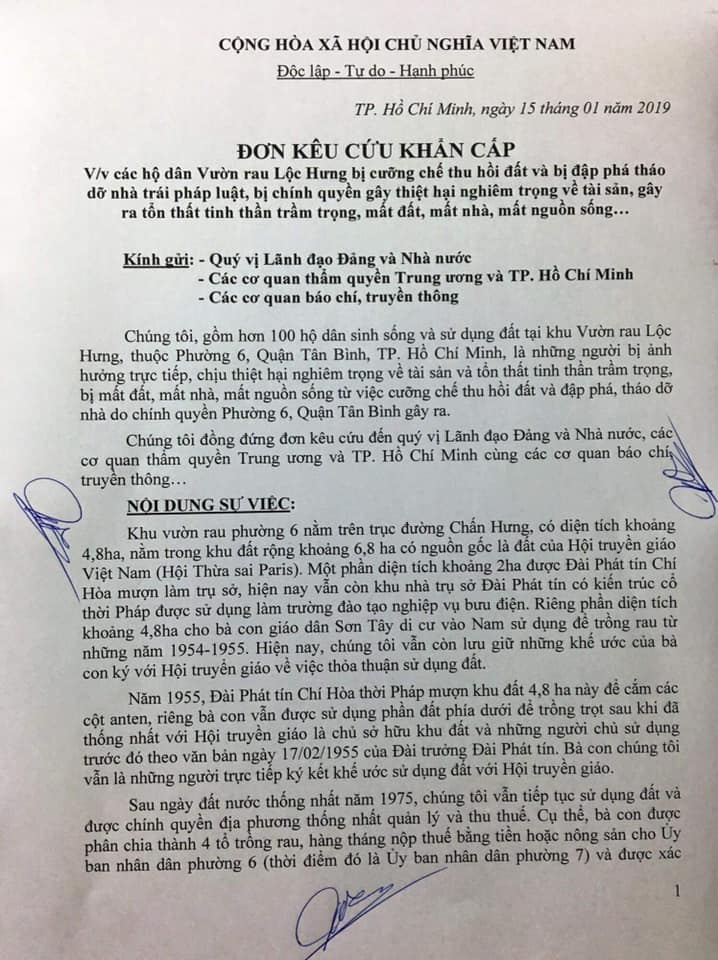 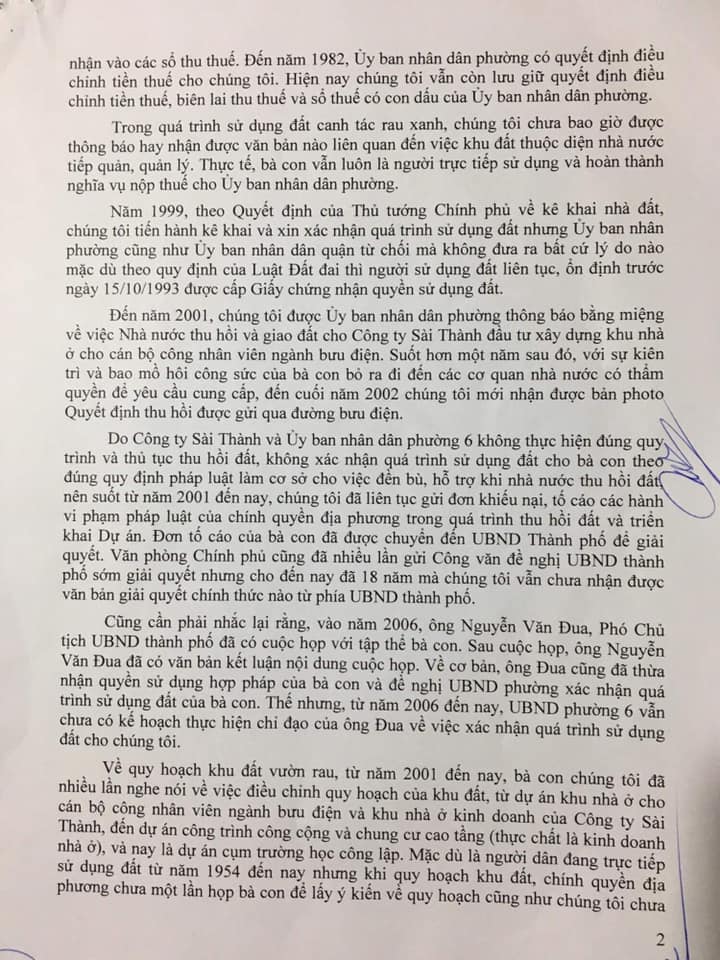 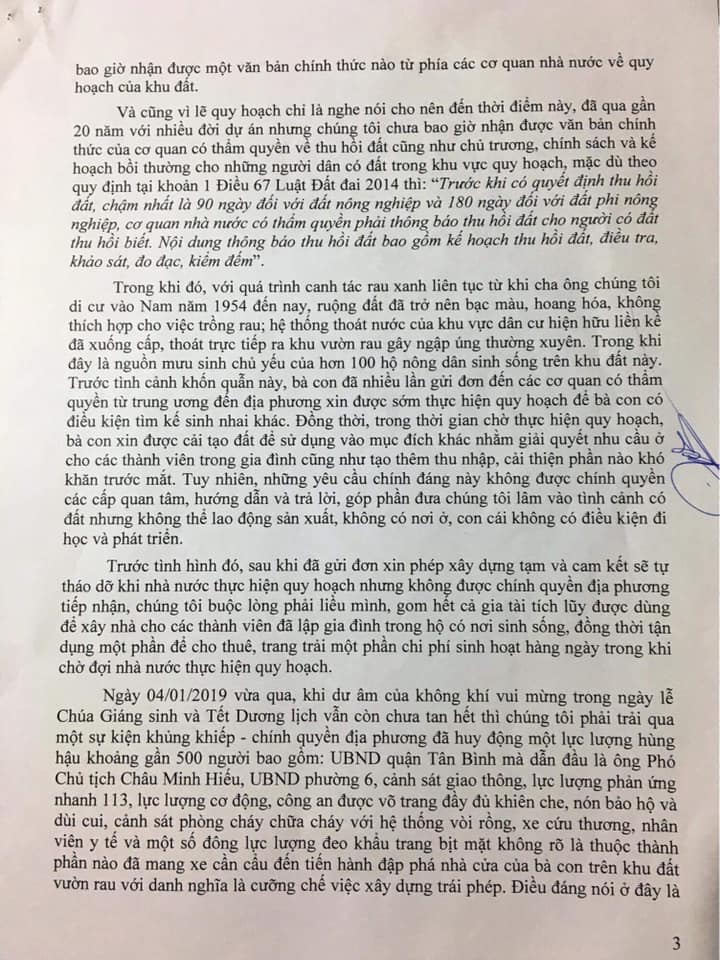 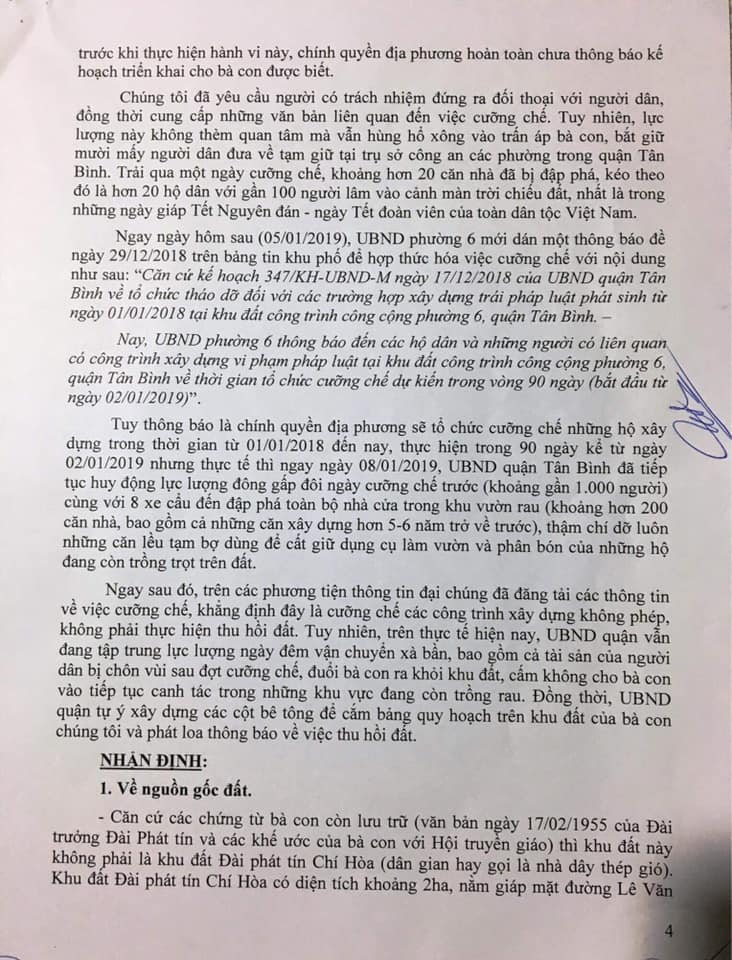 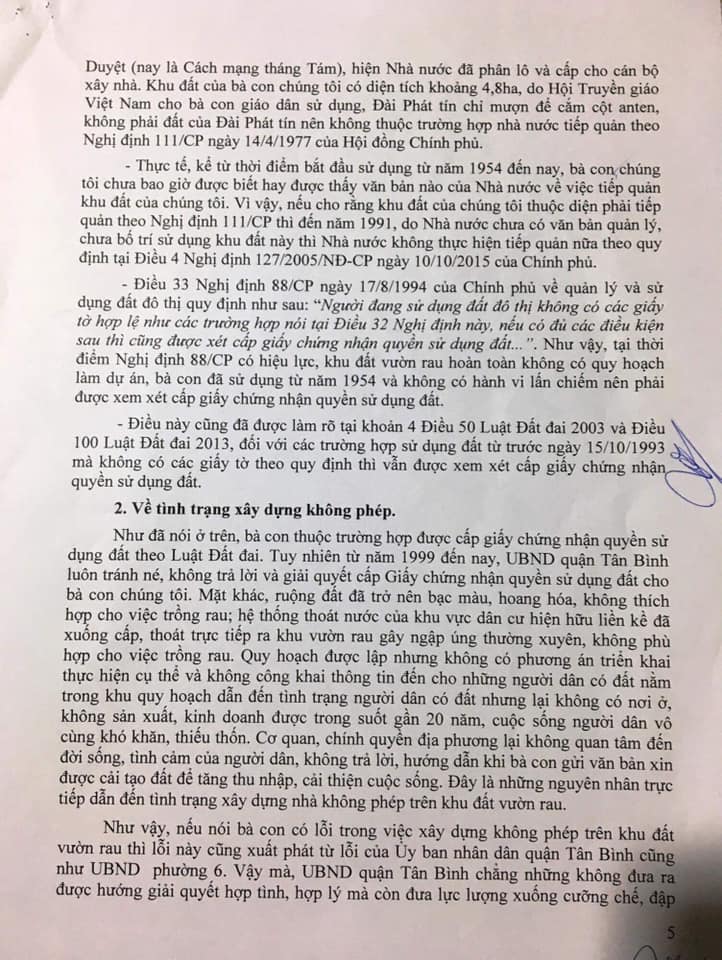 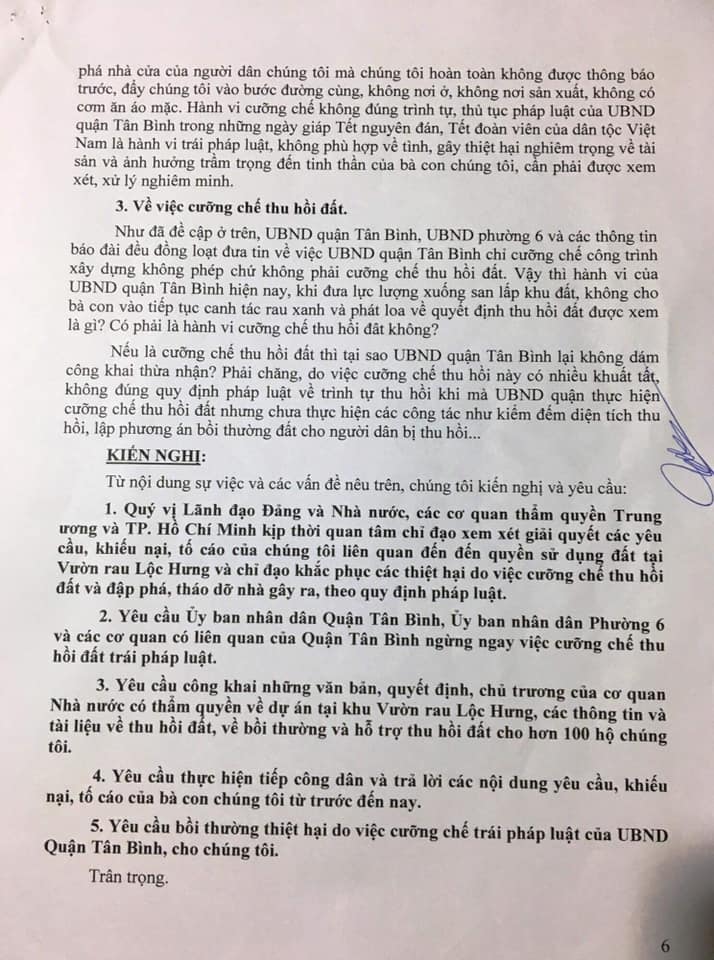 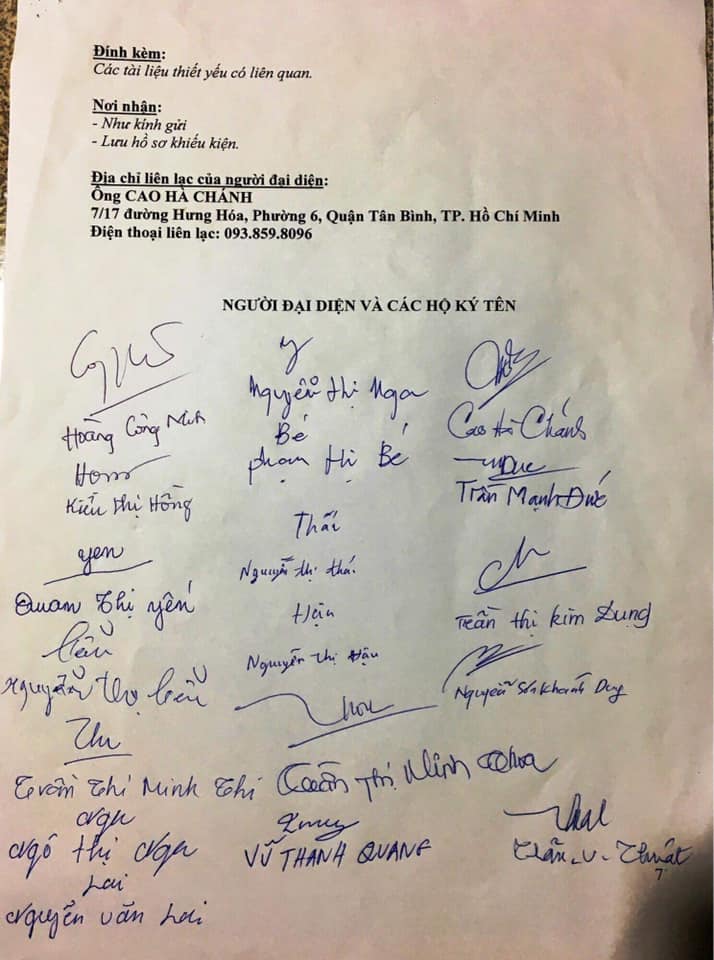 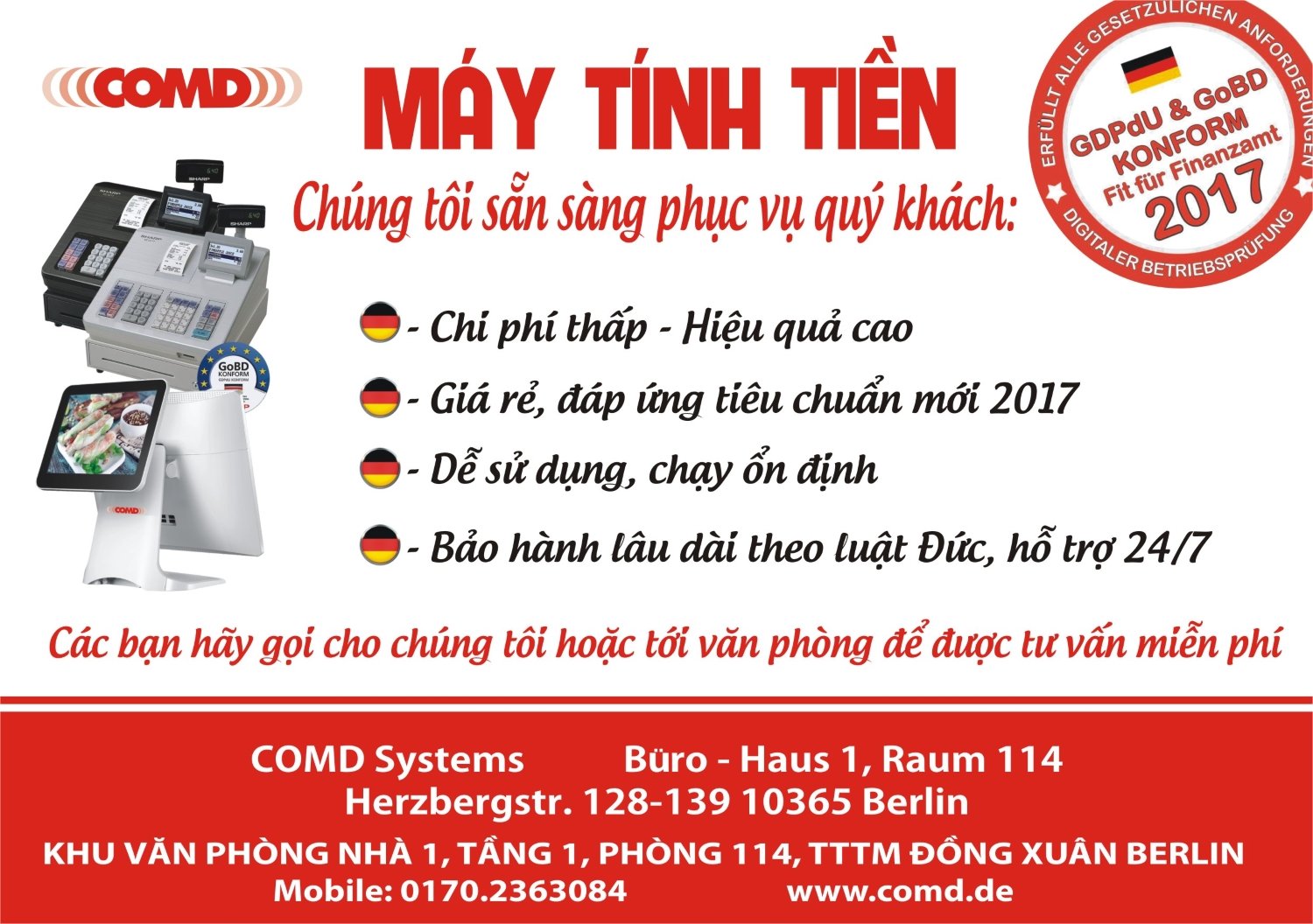