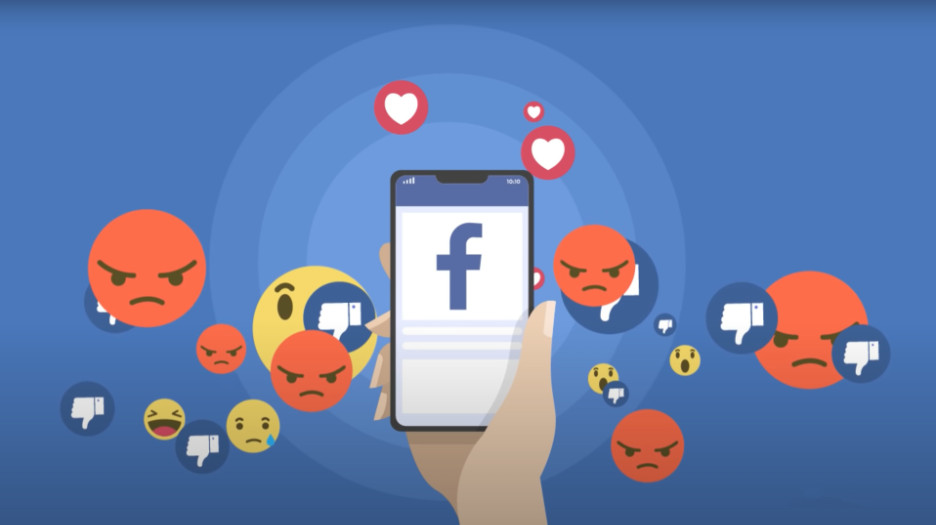 In 2020, the Vietnamese party and government continue to increase the pressure on companies with social networking platforms such as Facebook and Youtube to strengthen censorship and remove articles and videos labeled as “anti-state.”

Many social network users in Vietnam said that Facebook or Youtube often delete posts or even block their accounts because they give information related to the political and social situation in Vietnam, especially important political events that the state does not want the information to spread to the people.

There are at least 4 people that RFA interviewed who said that their accounts have been repeatedly restricted, deleting posts for unclear and inconclusive reasons.

Many users have their content removed on social media

Le Trung Khoa, the editor of the Thoibao.de in Germany, said that he is frequently restricted by Youtube from spreading news videos and political news in Vietnam:

“I have been blocked many times. Regarding this, I have sent the whole report to Reporters Without Borders in Germany.

Usually, the videos of big incidents and events such as the case in Dong Tam, arrests, or the case related to the kidnapping of Mr. Trinh Xuan Thanh were targeted. Such news is often requested by the Vietnamese side to stop being spread in Vietnam.

All of that information, I completely updated, and together with Reporters Without Borders appealing YouTube’s actions which are made under the will of the Communist Party of Vietnam.”

Mr. Nguyen Lan Thang, a social activist who is followed by tens of thousands of followers on Facebook, said that being restricted or automatically deleted posts happens quite often:

“There are a number of my articles with restricted content displayed in Vietnam. The articles also influence public opinion, affect the emotional feelings of many people, have a lot of likes and shares. Typically, a post has up to 6 thousand shares.”

Also, there is another phenomenon that a lot of people don’t see my news in their feed anymore. Even though they set my account to “See first” mode which means previewing, but they have to go to my page if they want to see my writing.”

Mr. Quang, who is currently the admin of a fan page dedicated to providing and posting information and knowledge about rights and laws for citizens, also complained that the amount of interaction is limited, to a record low in 2020. Facebook has repeatedly informed Quang that the restricted videos were “violating local laws.”

Mr. Nguyen Truong Son, who made the report “Censorship and criminalization of Freedom of Expression in Vietnam,” released by Amnesty International in early December, said:

“In the matter of requesting deletion of content on social networking platforms, the working mechanism between the Vietnamese government and technology companies such as Facebook and YouTube, Minister of Information and Communication Nguyen Manh Hung said clearly in a National Assembly meeting. That is now, the ministry has set up a dedicated working group, communicating with Facebook and YouTube daily to send these companies a list of content that needs to be removed.

Therefore, there is a daily frequency between the Vietnamese government and technology companies. Unlike before, they just asked Facebook and YouTube to increase content censorship while waiting for an event to happen.

Especially in 2020, they have increased their monitoring of content on social media and increased the requirement that these technology companies test content every day.

Minister of Information and Communication Nguyen Manh Hung, explaining to the National Assembly in November 2020, that his ministry especially cooperated closely with ministries, coordinating to offer many awards to drastically prevent social media accounts such as Facebook and Youtube from posting information that Hung labeled “inciting and opposing the Vietnamese state.”

Also according to Mr. Nguyen Manh Hung, in the first eight months of this year alone, Facebook removed nearly 1,100 articles, 154 fan pages posted “untruthful information, propagated against the rule of law and the state, defamed, insulted, discrediting many agencies, organizations, businesses, and individuals.”

For Google, specifically on YouTube, the ministry has requested to block and remove 15,115 videos deemed infringing, remove 24 “reactionary” YouTube channels, and regularly post content that is “anti-regime, against the Party and State.” Each channel has about 1,000 videos.

People interviewed by Radio Free Asia said that when they have removed or restricted interactions with respect to posts or videos, Youtube and Facebook often reported that they were based on the laws of the host country, as required by the Vietnamese Government. Even more, posts are deleted silently without notice.

“They give reasons something like that of local laws, but also without any mechanism to respond. They just announced it like that,” Mr. Nguyen Lan Thang said.

According to Nguyen Truong Son, the Vietnamese government cites Decree 72, issued in 2013 to require technology companies to remove the content according to “in accordance with Vietnamese law.”

“For tech companies, they usually only respond to requests for moderation on specific posts, but rarely they censor the entire account.

On the government side, nowadays, once they ask technology companies to censor content, they often rely on decrees, one of the very famous decrees now that is Decree 72, to request these companies to somehow make these content either removed or not appear to users in Vietnam.”

Decree 72 on “Management, Provision, and use of internet services and online information,” while Article 5 prohibits action “against the State of the Socialist Republic of Vietnam; harming national security, social order, and safety; undermining the great national unity bloc … ”

Article 22, Clause 1 states that “Foreign organizations, enterprises, and individuals, when providing public information across the border, have users in Vietnam or have access from Vietnam, they need to comply with the relevant laws of Vietnam.”

In its report “Censorship and criminalization of Freedom of Expression in Vietnam,” Amnesty International asked technology companies to explain the deletion of articles, videos, restrictions or blockages of accounts with the content on politics, society, and human rights in Vietnam.

Facebook responded that in the latest Facebook Transparency Report it has clearly demonstrated its commitment to protecting the voices of Vietnamese people in a challenging human rights environment.

Facebook said it only “restricted access to a total of 834 articles in Vietnam on the basis of local legal requirements, a very small fraction of the hundreds of millions of articles posted at the same time. This happened despite the fact that at the same time the provision of Facebook’s services was under unprecedented pressure from Vietnamese officials. ”

Also responding to Amnesty International questions, Google said it was assessing government requests to remove content, matching human rights standards, and taking some steps to narrow down claims. this bridge.

According to Google, “When removing content, we take the least restrictive approach to removal, by blocking that content in the relevant jurisdiction, while keeping it visible in other jurisdictions. Other jurisdictions globally.

For requests for deletion that are not specific enough or lack supporting evidence, we ask for more information before making any decisions… Google has created a team of Vietnamese speakers to be hired for internal assessment. used to respond to a large number of requests from the Vietnamese government. ”

Serious violation of Freedom of Expression

Mr. Nguyen Truong Son affirmed that even though technology companies have excuses that they must obey the laws of their host countries, it is undeniable that they, together with the Vietnamese government, are muffling the voices of the people. cyberspace:

“Even if the government thinks it is offensive content or the technology companies have excused that these are content that violates local laws, it is impossible to deny that they are have abused legal tools, as well as powers, to stifle people’s freedom of expression in cyberspace. According to international human rights standards, this is clearly a serious violation of human rights. ”

Mr. Quang said that Facebook’s restriction on the interaction of videos on his fan page prevented the people’s right to freedom to access information:

“This is clearly a mistake. Because we’re making videos of rights or the law, we’re just giving knowledge to the people. However, the content restriction by Facebook makes people do not have the right to exposure to independent information trends and information about knowledge.”

According to Mr. Le Trung Khoa’s view, when Vietnam signed a Free Trade Agreement with Europe, Vietnam must have an obligation to act fairly with European companies. That is, Germany never blocks any information or video from Vietnam, Vietnam must do the same for German media companies.

Action in the future

Human rights activists and organizations say they will take action in the future, in a variety of ways to force the Vietnamese government and companies with social networking services to respect people’s voice in cyberspace.

Mr. Nguyen Lan Thang hopes that progressive countries will have mechanisms to monitor and sanction companies that enter for economic interests that override fundamental freedoms:

“Facebook has made a compromise with authoritarian governments to stifle freedom of expression for their own economic interests. This is very condemnation. I hope that the international community, progressive countries will have sanctions or legal measures to promote Facebook to adhere to the values ​​of civilized society.”

Mr. Le Trung Khoa said that in the coming time, together with Reporters Without Borders, they will speak up, creating pressure for the Vietnamese government to accept freedom of information and behave fairly with EU businesses.

“In the coming time, I will join Reporters Without Borders and many other organizations that require Google to take measures to work and talk with Vietnam, so that the Vietnamese authorities understand and accept the freedom of information as if the Vietnamese side is free to send information abroad.

In addition, I also work with the German National Assembly so that they also have pressure, asking Vietnam to disrespect as much as possible the press freedom of European countries and fair to the media businesses.”

For Amnesty International, Mr. Son said in the coming time, he will continue to closely monitor developments in Vietnam, especially on social networking spaces Facebook and YouTube to assess the situation and trends. Amnesty International will also continue to work with technology companies and the Vietnamese government to demand that all parties respect the Vietnamese people’s right to freedom of expression:

“On the side of social network users, Amnesty International will soon introduce educational programs on cyberspace, how to protect their privacy when using social networks, to express their opinions in the field of social politics.

And most likely, we will also work with relevant governments, such as the US government, to urge these governments to take concrete actions that require technology companies like Google and Facebook to respect people’s rights, especially the freedom of speech of users around the world and users in Vietnam.”

In the coming year 2021, Minister Nguyen Manh Hung said he would require the identity of social network users to prevent the use of social networks to “false information” about the country’s situation, smear slander, distort, fabricate personally, put fake information in confusion among people.

He said the need to identify social media users so that users no longer think that going on social media is “anonymous, hence irresponsible.”