The image of “Vietnamese tobacco sellers” in Berlin in the 1990s has not faded, the kidnapping of Trinh Xuan Thanh in the daytime in 2017 in Berlin has not cooled down, on January 18, 2021, Germany’s media simultaneously reported human trafficking of “Vietnamese mafia rings” in recent years.

Human trafficking is the source of many social evils, not only for Germany but also for a number of other EU countries.

The 45-minute TV documentary titled “Goods -Children“, premiered on the night of January 18 on channel number 1 of the German national television station, ARD, introduced to the German public many shocking truths. 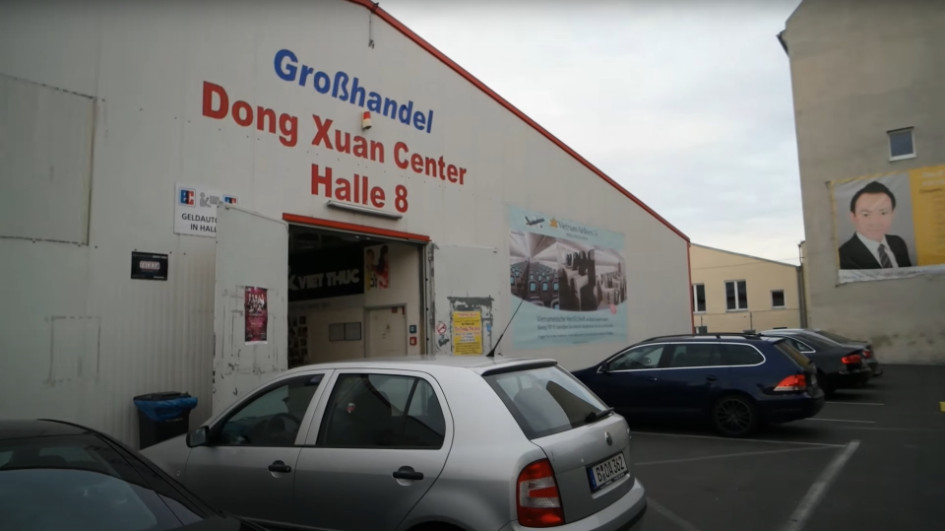 According to the BKA (German Federal Criminal Bureau), there is “a terrible network of adult traffickers operating across Europe.”

“Vietnamese criminal organizations are sending Vietnamese illegally to Europe and Germany and exploiting them, including minors. The BKA now declares war on human trafficking.”

According to the BKA, by 2021, the whole of Europe needs to simultaneously combat human trafficking and the labor exploitation of Vietnamese criminals.

These people were lured to Europe with the payment for services of about 20,000 euros.

Photographs in the documentary show the extent and level of human trafficking.

Vietnamese markets in Poland and Berlin have been monitored by the police from the air with drones; suspects’ phones were tapped.

Famous investigative police officers from many countries have joined efforts. There are witnesses who are members of the convicted human trafficking lines, who were smuggled into Europe providing a lot of information to the police.

The highest operations are applied, and the coordination between the countries in Europe has been formed and is maturing.

The Vietnamese community in Berlin and Germany was tumultuous.

The comments “could at least envision this as a German media disaster for the image of the Vietnamese community in Germany“, “Oh! Again Berlin“, “Dong Xuan-Berlin again” was circulated on social networks.

Vietnamese people who do business in some industries are worried. The aftermath of the pandemic is not over, now is the fear of being checked by authorities and police at any time.

Many Vietnamese people living illegally in Germany, having lost all their income sources to pay off their debts, are now having difficulties, worries accumulating, and unable to find a way out. “They are the slow-blasting bombs in Europe.”

Vietnamese in Germany – good reputation and a bad reputation – which has occupied a lot of places in the German media for many years, now have the opportunity to be mentioned in a rather noisy way.