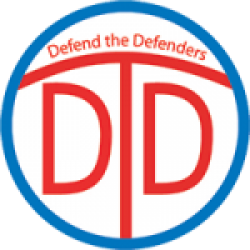 According to Defend the Defenders’ statistics, as of October 10, 2021, Vietnam’s communist regime is holding at least 264 prisoners of conscience in prisons or similar forms of detention. The number does not include blogger Le Anh Hung (m) who has been held in a mental clinic for enforced treatment since April last year.

The above number includes 217 who have been convicted – mostly of political crimes such as subversion, “propaganda against the state,” “abusing democratic freedom,” “disruption of security,” and “undermining the national unity” of the Penal Code (1999) or the Criminal Code (2015), and 47 others held in pre-trial detention.

Bloggers, lawyers, unionists, land rights activists, political dissidents, and followers of non-registered minority religions have been arrested and detained for peacefully exercising their internationally and constitutionally protected rights, principally the right to freedom of expression, freedom of peaceful assembly and freedom of religion or belief. The list does not include individuals who have engaged in or advocated violence.

Vietnam still holds 47 activists in pre-trial detention, six of them were arrested in 2018-2019, 15 others in 2020, and the remaining 26 were arrested this year. Among them is prominent political dissident and world-recognized human rights defender Pham Doan Trang.

Twenty three of the prisoners of conscience identified by Defend the Defenders are female. All of these women come from the majority Kinh ethnic group. In total, 171 prisoners of conscience, or 64.77% of the list, are ethnic Kinh. The second-largest ethnic grouping on the list is Montagnards, a loose set of religious and ethnic minorities who live in the mountains of the Central Highlands. They account for 63 people or 23.8% of those on the list. Six from Hmong and two on the list are Khmer Krom.

– 56 people from ethnic minorities were convicted of undermining the national unity policy (Article 87 of the 1999 Penal Code or 116 of the 2015 Criminal Code);

– 13 activists were convicted of “disruption of security” under Article 118 of the 2015 Criminal Code;

– 17 individuals were convicted of “disrupting public orders” (under Article 245 of the 1999 Penal Code or Article 318 of the 2015 Criminal Code) for their peaceful activities.

– The charges for 13 individuals are unknown, including three Montagaards followers of the Ha Mon sect arrested on March 19 this year.

Vietnam’s authoritarian regime continues its crackdown on the local political dissidents, social activists, human rights defenders, independent journalists and Facebookers while the country is seriously affected by the ongoing outbreak of deadly Covid-19. Instead of focusing on dealing with the deadly disease, the regime strives to silence all dissent voices who have tried to criticize the regime’s wrong policies on Covid-19 prevention along with other issues such as systemic corruption, bad economic management, and human rights violations.

Between July 7 and October 10, Vietnam arrested 7 activists and Facebookers. Human rights defender Dinh Van Hai and well-known political commentator Facebooker Bui Van Thuan as well as two other Facebookers were charged with “conducting anti-state propaganda” under Article 117 while three others were alleged with “abusing democratic freedom” under Article 331.

The latest victim was handicap human rights defender Dinh Van Hai. He was arrested by Lam Dong province’s police while temporarily sheltered in Phuoc Buu pagoda in the southern city of Vung Tau. He has used Facebook for years to criticize the communist government and speak out against human rights abuse. In 2018, he was brutally attacked by plainclothes agents while trying to support human rights defender and union activist Do Thi Minh Hanh.

So far this year, Vietnam has arrested 26 activists. Eleven of them were charged with “conducting anti-state propaganda” and 14 others were alleged of “abusing democratic freedom.” Among them is prominent human rights advocate Nguyen Thuy Hanh, who established the 50K Fund two years ago and ran it until her arrest on April 7 to assist families of prisoners of conscience and defenders-at-risks. She was alleged with “conducting anti-state propaganda” and may face lengthy imprisonment up to 20 years due to her charity activities, especially her support for Dong Tam land petitioners after the bloody police raid in the commune in early January last year.

It is worth noting that Mr. Le Trong Hung from Hanoi and Mr. Tran Quoc Khanh from Ninh Binh were taken into police custody after announcing their plans to run for the country’s highest legislative body National Assembly in the elections in late May. Medical doctor Nguyen Duy Huong from the central province of Nghe An was arrested after criticizing Vietnamese leaders on human rights violations, including the severe human rights abuse against Dong Tam land petitioners. Meanwhile, state newspaper journalist Phan Bui Bao Thy and his partner Le Anh Dung were arrested and charged with “abusing democratic freedom” after denouncing state officials’ corruption.

On June 30, security forces of Hanoi Police Department arrested local Facebooker Le Van Dung (aka Le Dung Vova) one month after the issuance of a special nationwide arrest warrant. One week later, pro-democracy activist Do Nam Trung was detained on his way to work. Trung, who is a member of the Brotherhood for Democracy once being imprisoned for 14 months in prison in 2014-2015 for monitoring the mass protest in southern provinces against China’s expansionism in the East Sea (South China Sea). Both were charged with “conducting anti-state propaganda.”

On July 2, authorities in Hanoi detained well-known journalist Mai Phan Loi and charged him with tax evasion under Article 200 of the Criminal Code. The allegation is likely a political case as a revenge for his brave writing about the country’s issues. A number of political dissidents, including blogger Nguyen Van Hai (aka Dieu Cay) and lawyer Le Quoc Quan were imprisoned after being convicted of trumped-up tax evasion.

On July 9, Vietnam’s authoritarian regime convicted well-known blogger Pham Chi Thanh (aka Pham Thanh), the owner of blog Ba Dam Xoe, of “conducting anti-state propaganda” for his writing and sentenced him to five years and six months in prison and five years of probation. Ten days later, Facebooker Nguyen Van Lam was sentenced to nine years in prison and three years of probation on the same charge while Facebooker Tran Hoang Minh was given five years in prison after being convicted of “abusing democratic freedom.”

Since the beginning of 2021, 19 activists and Facebookers have been convicted and sentenced to between two and 15 years in prison. As many as 15 of them were alleged “conducting anti-state propaganda” and three charged with “abusing democratic freedom.” Among them were Dr. Pham Chi Dung, president of the unsanctioned professional group Independent Journalists Association of Vietnam, and its Vice President Nguyen Tuong Thuy, prominent human rights defender Can Thi Theu and her son Trinh Ba Tu, human rights defender Dinh Thi Thu Thuy, and independent journalist Tran Thi Tuyet Dieu.

Many human rights defenders and social activists have been held in pre-trial detention for more than one years without being permitted to meet with their relatives or even lawyers. Prominent human rights advocate and political blogger Pham Doan Trang has been kept incommunicado since her detention on October 6, 2020. The Hanoi police said they have completed the investigation in her case and her case had been transferred to the city’s People’s Court but she has not been allowed to meet with her lawyers and family. Land petitioner and human right defender Trinh Ba Phuong was arrested on June 24 last year on the same day his mother Can Thi Theu and younger brother Trinh Ba Tu were detained. He has not been permitted to meet his family while the trial against him has not been scheduled.

Prominent human rights defender Nguyen Thuy Hanh and many other activists and Facebookers such as Do Nam Trung, Le Van Dung (aka Le Dung Vova), and Le Trong Hung have also been held incommunicado for months since their arrest.

Vietnam’s Ministry of Public Security continues its policy to keep prisoners, especially prisoners of conscience, under hard living conditions in a bid to punish them for their non-violent activities but harmful for the communist regime and break their mental strength. Along with sending prisoners of conscience to prisons far from their families, it allows authorities in the prisons and the temporary detention centers to apply other psychological measures to make the life of jailed activists harder, such as denying them their rights to regular meetings with their families and receiving additional food and medicines from their relatives, placing them in solitary cells or isolated areas, or forcing them to work hard without proper protective equipment. It also puts added psychological and financial trauma on the family members.

The family of brave human rights defender and democracy campaigner Can Thi Theu alarmed that she is held in a tiny cell without a fan during the hot summer in the temporary detention center operated by the Hoa Binh province’s Police Department. It is worth noting that Mr. Dao Quang Thuc was treated the same way by the same detention center and he died in 2019 shortly after being transferred to the Gia Trung prison camp in the Central Highlands province of Gia Lai.

Release from prison in January 1- October 10

The term “prisoner of conscience” (POC) was coined by Peter Benenson in the 1960s. It refers to any individual “imprisoned for his/her political, religious or conscientiously held beliefs, ethnic origin, sex, color, language, national or social origin, economic status, birth, sexual orientation or another status who have not used violence or advocated violence or hatred.”

Defend the Defenders is Vietnam’s independent non-profit organization working to promote human and civil rights in the Southeast Asian nation. It has a network of dozens of human rights defenders across the nation who report human rights abuse in their areas.

Appendix 3: List of Prisoners of Conscience Released as of October 10, 2021