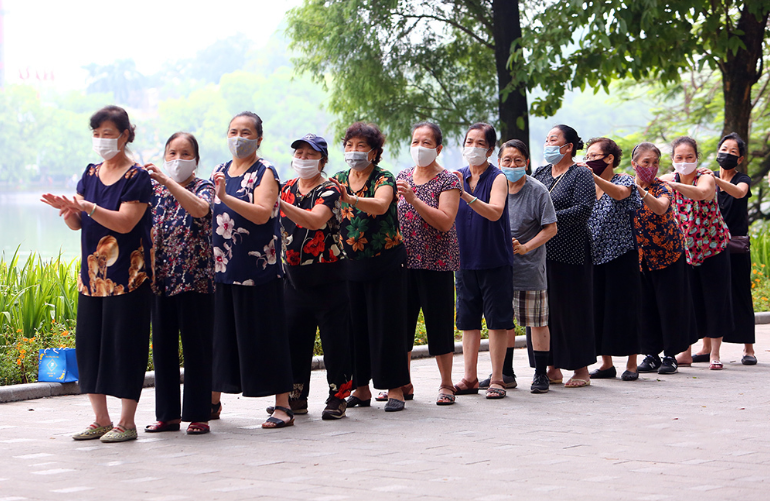 The World Bank recently commented that Vietnam “needs reforms to ensure continued growth in the context of an aging population” in this Southeast Asian country.

A new report released by the World Bank said that “population aging can slow down Vietnam’s economic growth, increase public spending and increase pressure on the public service system if there are no timely reforms.”

The report called “Vietnam: Adapting to an Aging Society” jointly implemented by the World Bank and the Japan International Cooperation Agency (JICA) and published on October 1, shows that compared with countries that have experienced population aging like Vietnam is experiencing now, “both the level of economic development and the average income of Vietnam are lower.”

“The ‘not rich get old’ perspective means that Vietnam will face a series of important challenges that will inevitably require difficult policy choices,” the two organizations said in a statement.

“Vietnam has been successful in leveraging its abundant labor force to fuel economic growth over the past three decades,” said Carolyn Turk, World Bank Country Director for Vietnam, in the notice of the report. “Now, with the aging population, Vietnam needs to quickly build the skills of its workforce to accelerate innovation and increase the productivity of the economy, as well as initiate pension reform now to sustain the livelihoods of the elderly for decades to come.”

According to the World Bank, with a declining birth rate and an increasing life expectancy, the elderly are expected to make up 10% to 20% of Vietnam’s population by 2035. The international financial institution also added that the dependency ratio Vietnam’s old age, calculated as the number of people over 65 years old divided by the number of people of working age, is estimated to double from 0.11 in 2019 to 0.22 in 2039.

The report of the World Bank and JICA shows that the long-term growth rate in the period 2020 – 2050 will slow down by 0.9 percentage points compared to the past 15 years as Vietnam gradually transitions to an aging population structure.

In addition, according to the same report, meeting the needs of an aging society is also expected to cost an additional 1.4% to 4.6% of GDP, and expanding coverage and improving service quality will inevitably lead to an increase in fiscal costs.

The World Bank statement quoted Mr. Shimizu Akira, Chief Representative of JICA Vietnam Office, as saying that “since becoming a super-aged country in 1960, Japan has experienced various consequences of aging culture, especially those related to the regulation of social protection programs and the promotion of care in the community.”

“There have been many successes but also many bitter experiences. We hope these shared lessons will be useful to help Vietnam not only cope with the changing demographics but also benefit from it,” said Akira, according to the World Bank.

The report, which was produced within the framework of a cooperation program between JICA and the World Bank to assist Vietnamese policymakers in coming up with solutions to prepare for an aging society, provides recommendations so that Vietnam can effectively manage its aging population, drawing on lessons learned in other countries that have undergone similar demographic transitions, such as Japan.

According to the World Bank, these recommendations include necessary reforms to improve workforce participation and productivity, increase the efficiency of public spending, and strengthen service systems. The report also recommends policy actions in the four areas most affected by aging trends: the labor market, pensions, health, and aged care.

According to the Social Insurance magazine, a mouthpiece of the Vietnam Social Insurance, the results of the 2019 Census showed that Vietnam’s population “is aging at an unprecedented rate.” This magazine writes that Vietnam has 11.4 million elderly people aged 60 and over, accounting for 11.86% of the total population, and the aging index increased from 35.9% in 2009 to 48.8% in 2019.