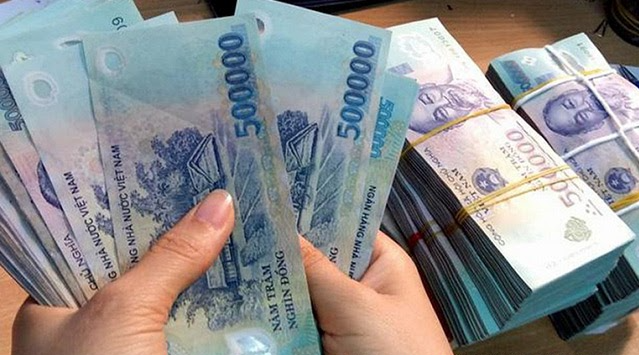 From an aid recipient, China has overtaken the United States to become the world’s largest donor and lender. Vietnam is one of many countries that borrow money from China, but few know the size of the debt, the purpose of the loan and the political price to pay for that loan.

China’s aid and loan data, which Beijing considers a “state secret,” is well-kept; even loan contracts between China and other countries have confidentiality clauses, making it very difficult to analyze and evaluate China’s lending activities.

Recently, the AidData Center of the College of William & Mary in Virginia, in partnership with researchers from Harvard University and Heidelberg University in Germany, has for the first time provided a full picture of the operation for Chinese aid and its impact on the world situation.

AidData’s report shows that, until 2008, China’s aid and lending was still far behind the United States, but since 2009 that trend has reversed and since then China has lent significantly more than the United States. For example, in 2009 China lent $70 billion to foreign countries, double the $35 billion given by the US.

But it is worth noting that China and the West distribute loans in two very different ways. The vast majority (93%) of Western aid and loans comply with the international definition of official development assistance (ODA) for the economic development and welfare of the borrower, i.e. low and middle income developing countries (LMICs); about 25% of the total amount is direct grant.

China very rarely gives grants, spending only 21% on ODA loans, most of which are commercial loans that the borrower country has to pay back with high interest rates, a financial term called OOF (Official Other Flows). When China lends to other countries, China not only aims to expand its political influence, but also aims to gain economic benefits, seize resources, and implement a strategy of global hegemony.

As one of the countries close to China, how much money did Vietnam borrow from its neighbor? That question is not easy to answer. According to Dr. Vu Quang Viet, a former financial expert of the United Nations, since 2011, the Ministry of Finance of Vietnam has only announced the total amount of foreign debt and stopped disclosing each country’s debt.

But according to data released on September 29 this year by the AidData Center, Vietnam borrowed $18.37 billion from China in the period 2000-2017, of which $16.35 billion is commercial and only $1.37 billion is ODA. Vietnam ranks eighth among the countries that borrow the most capital from China. This debt volume is many times higher than the government’s published data and accounts for about 5.8% of Vietnam’s GDP.

Who are China’s borrowers? In general, the Vietnamese government often borrows to make up for the budget deficit because it often spends more than it collects. Vietnam’s government also provides a “guarantee” for state-owned corporations and companies to borrow money to carry out infrastructure or factory construction projects according to economic plans set out by the Hanoi government. Electricity of Vietnam (EVN) is often referred to as the biggest debtor and most of its power plant construction projects use Chinese loans. Chemical, Steel, Railway… and dozens of other corporations also rely on Chinese loans. The “steel fists” – in the words of former Prime Minister Nguyen Tan Dung, almost all do business at a loss, burning taxpayers’ money like burning votive paper, but are still favored by the government because they think it is the “mainstream” economic part of a socialist country.

On the lender side, the Chinese government does not lend directly, but through Beijing’s state-owned banks, mainly China Export-Import Bank (China Eximbank) and China Development Bank (China). China Development Bank) or private corporations such as Huawei Technologies. Most of the debt thus does not show up in the official books of the Beijing government. AidData data records that up to $385 billion was lent in this form and when there was a dispute, the Chinese government was not involved. AidData calls this $385 billion debt “hidden debt” and contains many risks for debtor countries. AidData also said that of Vietnam’s $16.35 billion in commercial debt, half of it is hidden debt.

China forces the debtor countries to mortgage mineral resources, essential infrastructure, land and national foreign currency accounts so that when it fails to pay the capital and interest, China will occupy those collaterals to pay off the debt. The case of Laos must give a Chinese company the right to operate the national electricity network after borrowing money from China to build the Yumo railway connecting Laos with China’s Yunnan province, or in the case of Sri Lanka, it must be assigned to give its Hambantota port to a Chinese company after borrowing money to expand this port are examples of China’s “debt trap.”

And as mentioned above, most of the money Vietnam borrows from China is commercial credit, the borrower is subject to many unfavorable binding conditions, such as having to use Chinese contractors and workers, buy Chinese equipment and technology – including those that China abandon, as is the case with coal-fired power plants that are being built massively in Vietnam’s coastal provinces. Allowing tens of thousands of Chinese workers to go to Vietnam to “implement projects,” most of whom do not return home but settle down to get married and have children in Vietnam, has been posing potential national security risks and anger among the local population.

Chinese contractors have many reputations for slow progress, double and triple project prices, lack of transparency and poor construction quality. The Cat Linh-Ha Dong elevated railway project in Hanoi was capitalized from $419 million to $866 million and after 13 years has not yet completed the 13-kilometer stretch of road is a typical example of Chinese-funded projects which caused public discontent.

According to AidData, Vietnam is the fifth delay country in implementing economic projects using Chinese loans, on average each project is delayed 1,783 days (4.9 years); Vietnam is also ranked fourth in 10 countries with projects full of “scandalous and corrupt.”

According to Dr. Vu Quang Viet, Vietnamese financial officials have long seen that reality and “the orientation in the coming time for China’s preferential credit needs to be considered.” But the Vietnamese government not only didn’t consider it, but also fell deeper and deeper into the debt trap that Beijing has set up. Why is that?

Professor Zachary Abuza of the National War College in Washington, DC, commented, Vietnam hopes that closer ties with China will help limit Beijing’s intimidation, bullying and aggression. Maybe so, but there is another equally important reason that China’s loans are not tied to governance reform, democracy, human rights, transparency and anti-corruption as a condition of loans from Western countries. In other words, China knows how to please authoritarian leaders. In addition, Chinese businessmen are very good at bribing, giving bribes to ruling officials to carry out their intentions; Vietnamese officials don’t care about project quality or debt traps, but only need corrupt money to honor their family before landing safely.”

The AidData Center warns that China’s capital and lending is enticing poor countries to avoid international financial institutions such as the World Bank (WB) or the International Monetary Fund (IMF), strengthening financial institutions, dictatorship, corruption and the erosion of democratization. In Vietnam, the growing debt to China also poses many political risks and affects Vietnam’s policy in the face of acts of intimidation, coercion and encroachment of its northern neighbor, especially on the South China Sea issue.

The creditor-debtor bond chain together with the similarity of the authoritarian political regime will make it difficult for Vietnam to break free from China’s control.