On August 28, 2022 at the Vietnamese Embassy in Berlin, a meeting of a number of individuals and associations “friendly to the embassy” took place as well as representatives of the Vietnam Fatherland Front in Germany to establish an organization named “General Association of Vietnamese people in Germany.”

According to information from attendees, invitations had been sent to about 80 different individuals, with 77 people attending the event.

During the meeting, after the awarding of the Certificate of Merit by the State Committee for Overseas Vietnamese and the Certificate of Merit from the Minister of Foreign Affairs for contributions of the Vietnamese community in Germamy to Vietnam’s Covid-19 prevention and flood control in the Central region, the main agenda of the meeting was carried out, which was the establishment of a General Association, which is expected to include organizations and individuals with close relationship with the Vietnamese Embassy in Germany. The attendants of the event are expected to serve activities under control of Vietnam’s authorities.

A person who attended this establishment described “The Vietnamese Ambassador to Germany held a microphone to direct the process of setting up the preparatory committee, the list of about 30 people on this committee was prepared in advance and approved. The next meeting also added 10 more people to make the total number 40.”

This person added “The ballots for the election of the preparatory board of directors are approved by the Embassy with its red seal. The head of the vote counting committee is Colonel Minh, chief of the Vietnamese military attaché in Germany, he is a member of the Ministry of National Defense, but many people believe that he is also in the army’s General Department 2*.”

According to Mr. Hung Nguyen, a Vietnamese living in Berlin who was also present at the meeting, the Preparatory leadership election includes”

And 5 more people were added:

At the end of the meeting of the Vietnamese Embassy in Berlin with a part of the Vietnamese community in Germany to set up the General Association of Vietnamese people in Germany under the direction of the Ambassador, the attendees were invited to take part in a dinner with Vietnamese dishes and German draft beer at the embassy’s canteen. 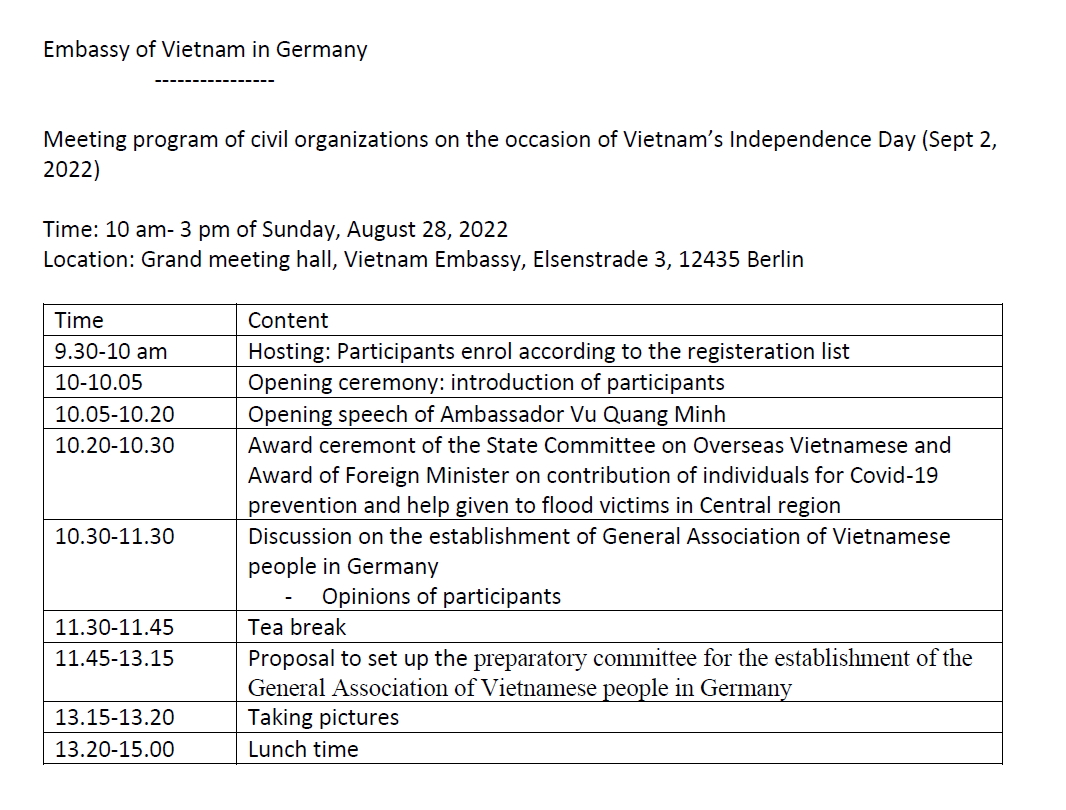 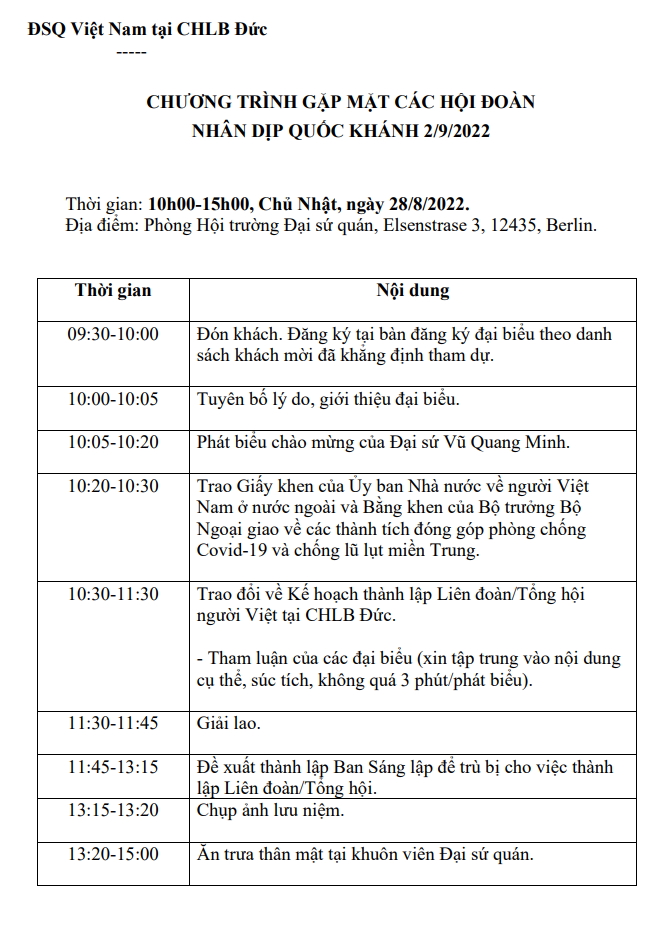 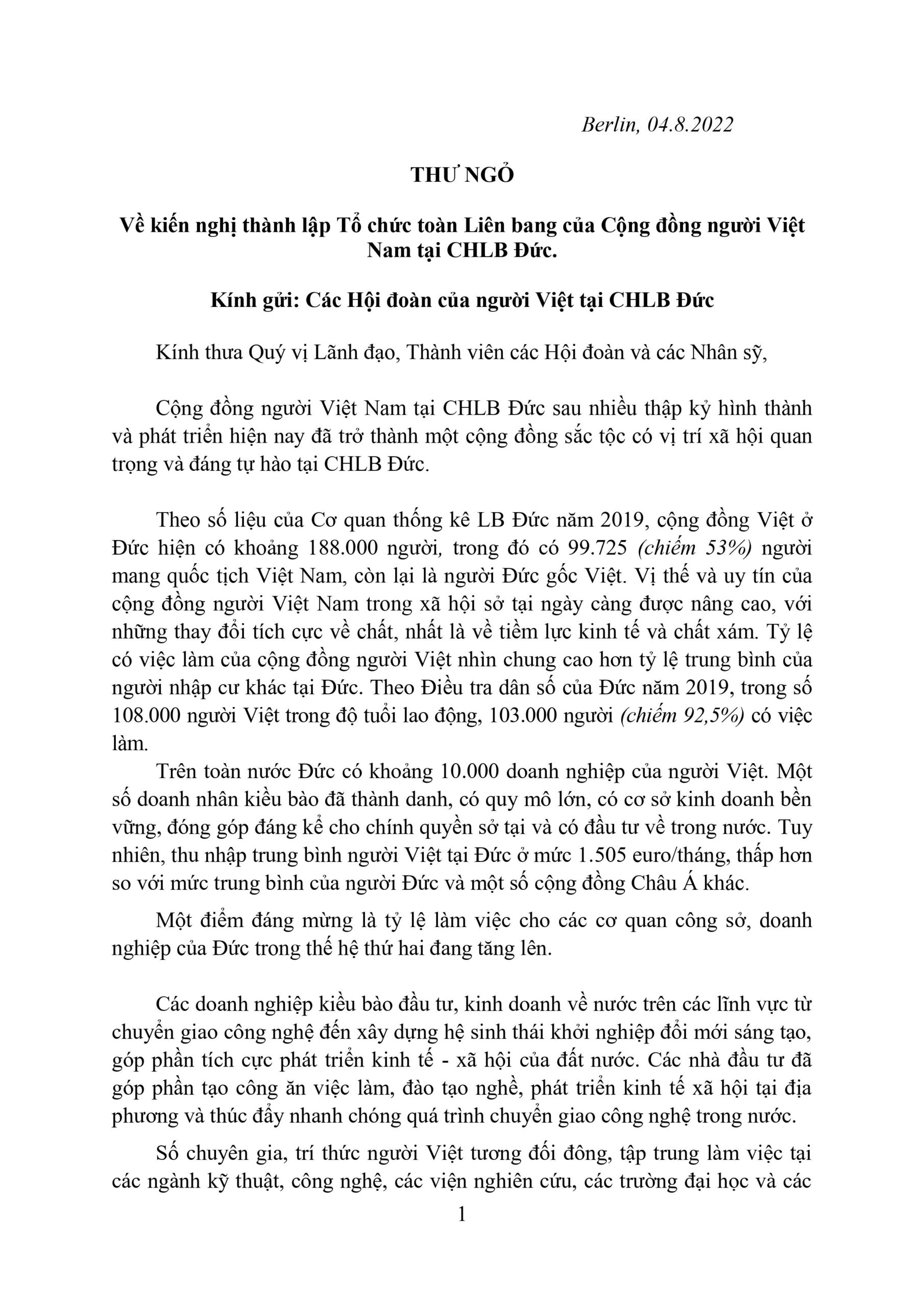 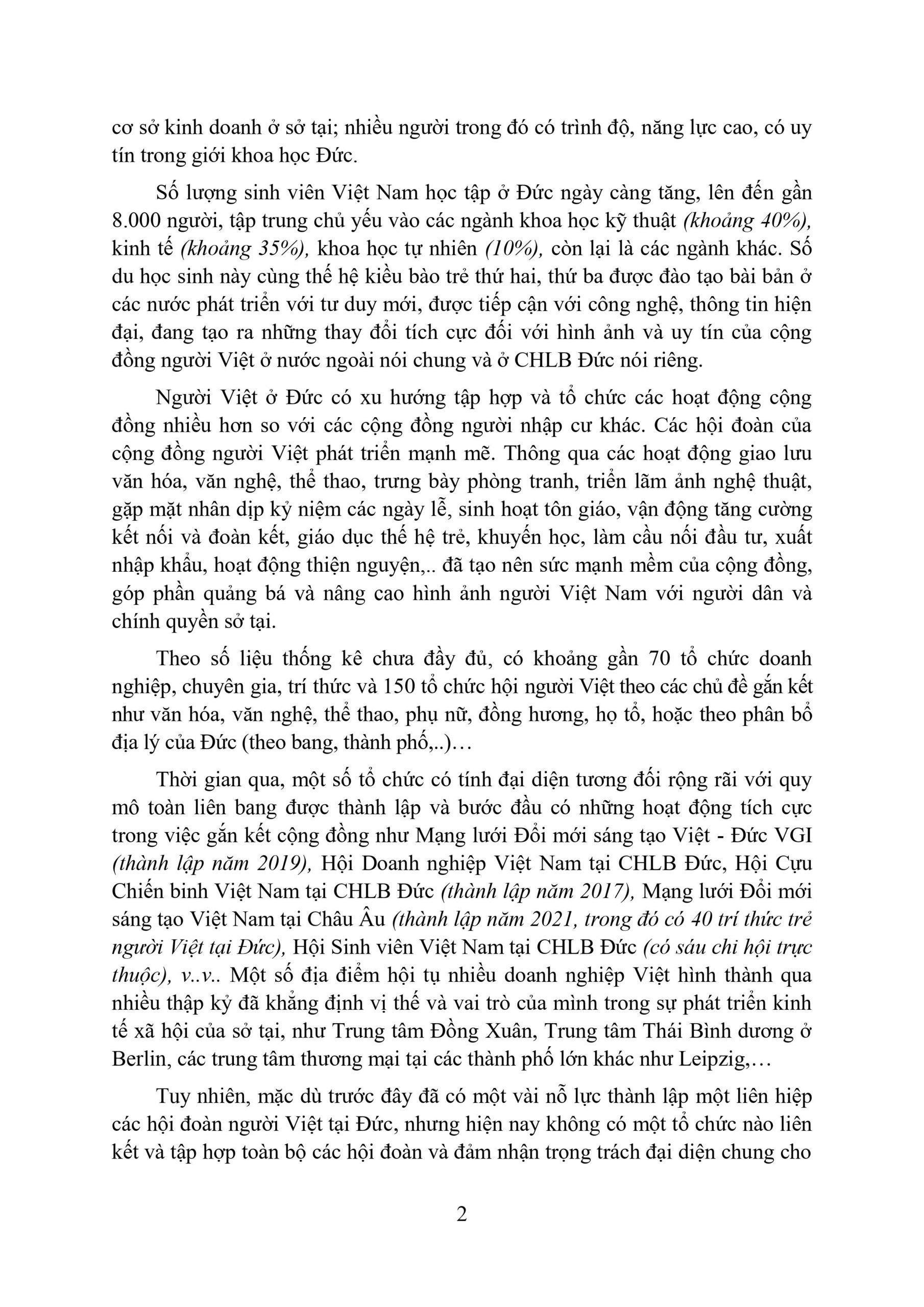 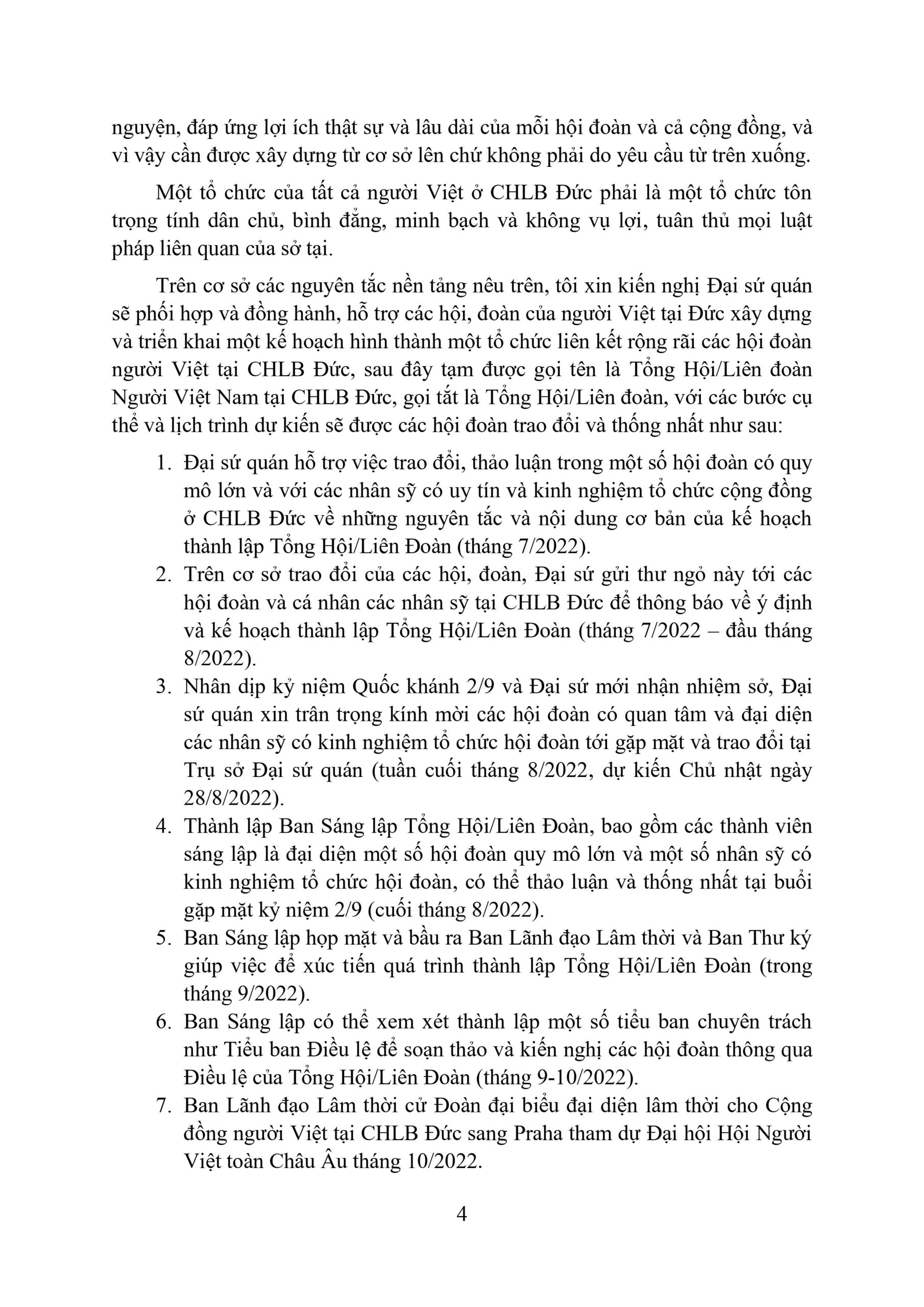 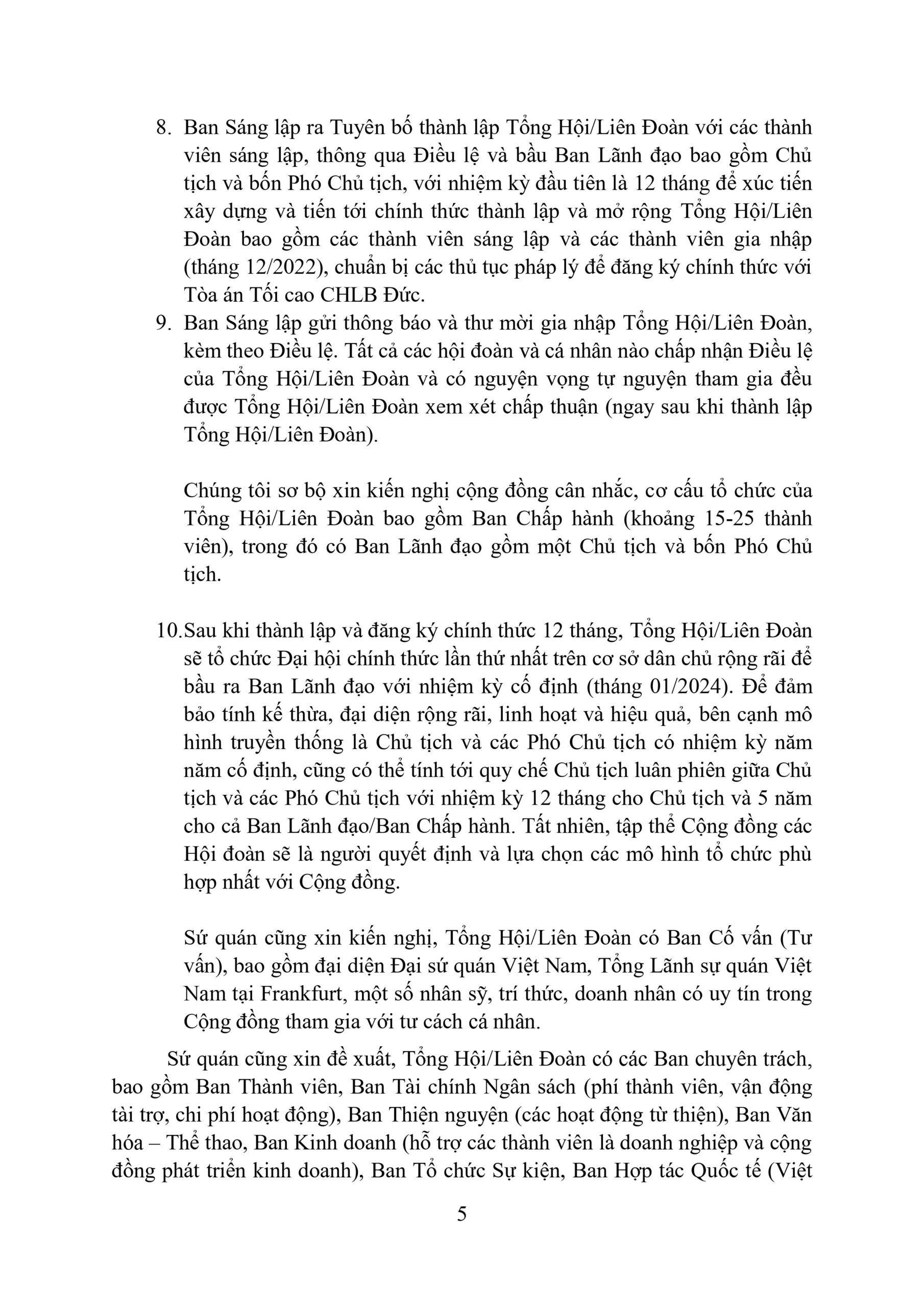